Even though my plants are my babies, sometimes I totally drop the ball and neglect one even though it's crying for help. I can't explain why. 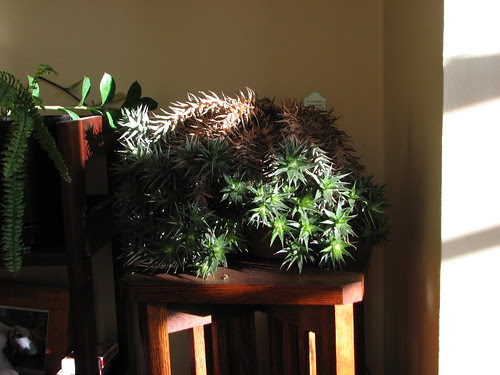 I got this Deuterocohnia brevifolia (pretty sure on that ID) at the Garfield Park Conservatory when they had their post-hailstorm fundraiser sale. (The hoya I bought that day died almost immediately.) Carrying this huge thing to the cashier station was one of the most painful experiences of my life. Those spines are SHARP! 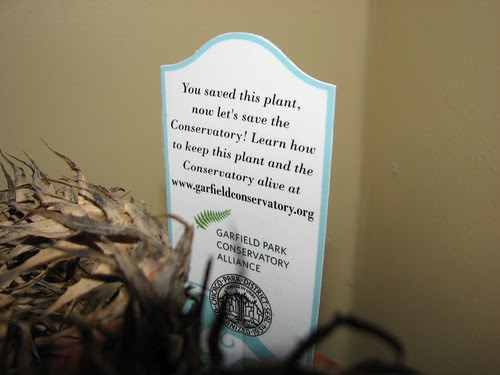 I love this sassy, prickly, historical thing. It's unlike my other bromeliads, being terrestrial and desert-adapted, and it's pretty unusual.

So yeah, I dropped the ball. Moving it across the country was hard on it, with those stiff branches getting bent and roughhoused, and then I put it in front of a window where the dogs can knock into it occasionally. I noticed after a few months that some of the stems had died. I put off working on it (did I mention it's SHARP?) but finally sucked it up and did it. 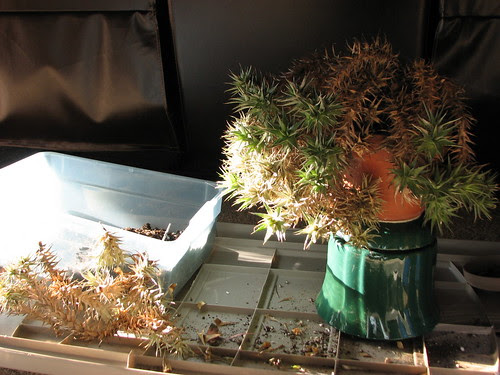 I started from the ends and worked backwards, removing everything dead. There are some remaining stems that may be dying from the proximal ends outward, but since even the living stems look dead at that end, I will wait and be sure before doing any more butchery.

I discovered in the process that the silly plant flowered at some point. D. brevifolia has green flowers so it's not surprising that I missed it. 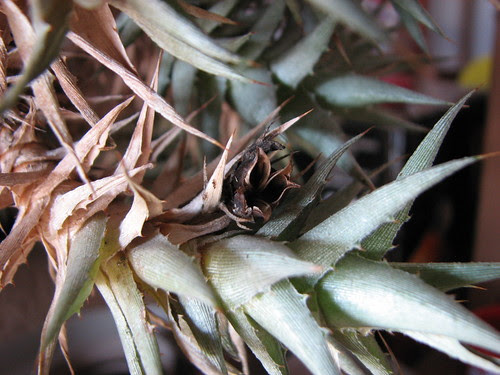 I also took a few stem cuttings and many leaf cuttings. I don't expect the leaf cuttings to work at all, and nothing online suggests that they could work, but hey, why not try? The cuttings are callousing and will be planted soon. I invested in some rooting hormone to give them a better shot at rooting. 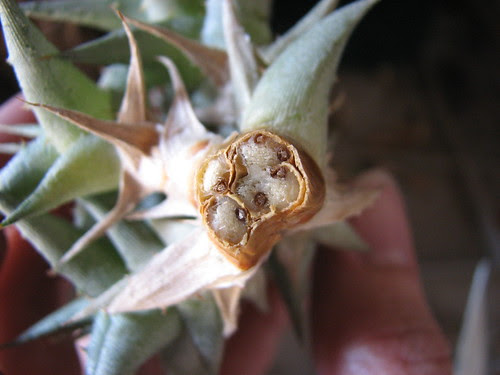 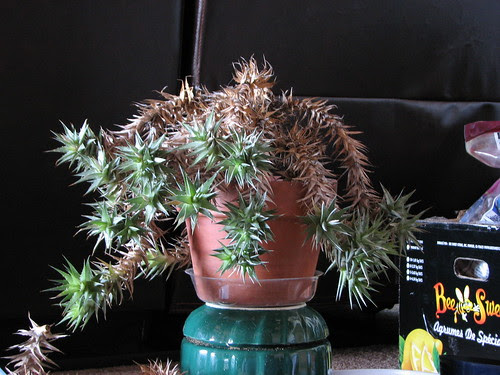 The finished product. Fingers crossed for a healthy recovery!
Posted by Diane at 1:45 PM