The High Park Fire is done but its aftereffects will linger for years. We were fortunate; we lost a large number of trees on our property but the structures were not damaged. Sadly, 259 homes were lost, mostly in Rist Canyon and in Glacier View to the north. The people we've met who lost their homes, including the woman who was the selling realtor on this house, have amazing, positive attitudes towards the destruction, treating it as an opportunity to rebuild even better homes. Of course, we're seeing a biased sample. The people who lost so much that they never want to see this place again--well, they've already left and we'll never meet them. My heart goes out to them. 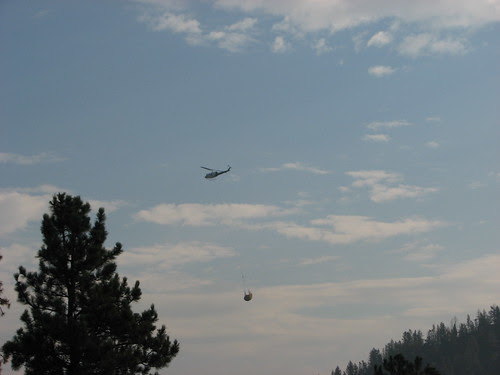 This week has been filled with aerial reseeding and mulching of slopes in the canyon. With the vegetation gone in so many places, erosion and flash flooding are a huge problem. Access to steep, densely forested areas is difficult so the work is done by helicopter. The same was true for the firefighting effort itself, only now they're spreading seed and straw rather than water. The helicopter landing zone (the "LZ," as my volunteer firefighter-in-training husband tells me it's called) is right across the road from us so we're getting a lot of chopper noise. They leave with a full bag of materials, fly west, and return with the bag dangling empty. 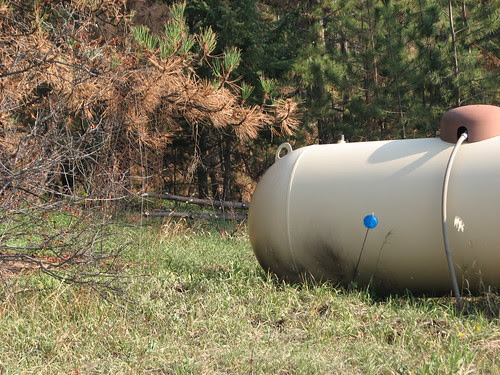 One particular bit of damage I was sad about was the huge mountain mahogany shrub (Cercocarpus montanus) next to the propane tank. The fire reached the tank and scorched it (eek!!) and destroyed the shrub. I saw this morning, however, that it is still alive. Mountain mahogany seems to have an amazing ability to regenerate from its roots; what a good little fire-adapted shrub! 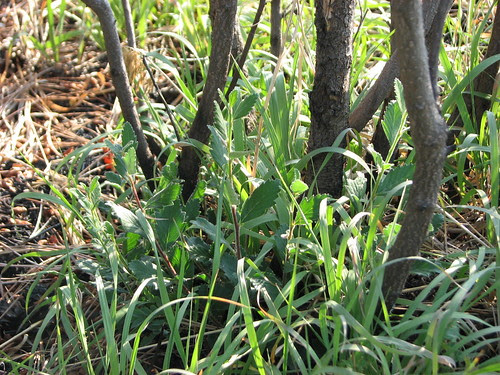